ambassador for christ: what does it mean for you?

Ambassador for Christ: what does this term mean for the Christian today? Do you see yourself as a devoted and called out believer for the faith? In all honesty, that is truly what every Christian who claims to love God is called to do.

Every one of God's children are representatives of His name, of His goodness, and of His mercy and grace. We are delegates in His kingdom who represent His love and peace to all the world. That's a huge responsibility, and one in which we can enjoy but must take seriously in our calling as each and every one of us presses onward until Jesus's coming!

As saints of the gospel of Christ, we can get laxed and become lazy and negligent from time to time in our faith, but there is no time to waste because the time is short! Jesus will be coming back soon, and, not only do we want to be ready for His return, but to bring other lost souls to salvation as well.

Whenever I think of being an ambassador for Christ, I am reminded of my past American history classes where I learned about Paul Revere, who was a great example of spreading out an important message quickly. Well, strive to be this kind of messenger for Christ!

According to PaulRevereHouse.org, an article entitled, The Real Story Of Revere's Ride, reports that "In 1774 and the spring of 1775 Paul Revere was employed by the Boston Committee of Correspondence and the Massachusetts Committee of Safety as an express rider to carry news, messages, and copies of important documents as far away as New York and Philadelphia." He is know for his famous midnight ride on a horse to sound out the alarm that, "the British are coming, the British are coming"!

You, and I are to do the same, in sounding out the alarm to those sinners who are lost, downtrodden, and troubled, that "Jesus is coming! Jesus is coming!!

Our Lord gave instructions to His disciples (and to us as believers and followers of Him) as He commanded them to go out into the world to preach the gospel. Here we read His mandate in the gospel of Luke 10:1-12, where it says, "After these things the Lord appointed other seventy also and sent them two and two before His face into every city and place, whither He Himself would come. Therefore said He unto them, 'The harvest truly is great, but the laborers are few: pray ye therefore the Lord of the harvest, that He would send forth laborers into His harvest.

Paul admonished the Christians in Corinth about what the believer's role is within the faith. He pronounces this in 2 Corinthians 5:20, where he said, "Now then, we are ambassadors for Christ, as though God did beseech you by us: we pray you in Christ's stead; be ye reconciled to God." That is indeed the most important message here!

Ambassador of god's salvation, love, and peace to everyone! 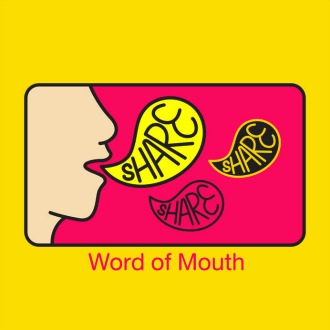 Being an ambassador for Christ means to essentially get out there and share your faith, giving your testimony of what God has done for you, as well as presenting the gospel to them as well.

You can share your faith in many ways and to everyone you meet on a daily basis. Go out in the streets, in the supermarkets, on the bus or train, or on your job, or just wherever the Holy Spirit may lead you to go.

Yes, I know it can be a bit scary or intimidating for some (or for many of us) to open our mouths and tell the Good News, but, in essence, that is the only way to profoundly reach people and to get the word out there. Sure, I've been scared at times too, and did not heed what the Holy Spirit was telling me to do, or who to talk to; however, He gave me many more opportunities to do so later on.

When we don't obey the Holy Spirit, it grieves Him. Here every believer is instructed not do this as we read in Ephesians 4:30, where it says, "And grieve not the Holy Spirit of God, whereby ye are sealed unto the day of redemption." Therefore, not you, nor I want to be guilty of doing this as it truly hurts the Lord and hinders our walk and fellowship with Him.

So, how and when do we go out and tell, sharing our faith and testimony to the world?

There are many opportunities to share and in countless ways to do so. The following will give you a few ideas in which you can present the gospel to others who have yet to know the Lord:

An ambassador of christ is obedient to god

Obedience is paramount to God's will and His plan in our lives, but when we don't obey His will, then huge consequences can come about and things will go wrong as we attempt to live for Him in our own will and strength. He wants His way in our lives, not the other way around.

Remember the story of Jonah, and how he refused to obey God's will for him? Things went pretty bad for him because he did not obey God's call for him. God told Jonah to go to that wicked city of Nineveh and talk to the people there to warn them of God's wrath and displeasure of the sinfulness of the people in that great city.

So, instead of obeying God in the first place, Jonah decided to run from Him and take a ship that was going to Tarshish. Well then God sent out a huge storm over the sea to break up the ship that Jonah was sailing on. All the seamen on the ship became afraid, praying to their gods to save them; however, Jonah was fast asleep on the ship, apparently not realizing a storm had brewed over them, threatening their very lives.

They woke up Jonah and began questioning him about who he was and where he came from, he explained that he was fleeing from the presence of God, which was why he was on that ship. After lots were cast upon Jonah, they realized he was the reason for the raging storm and wanted him off the ship. He agreed that they should throw him overboard and they all prayed that no harm would come to them because of Jonah.

The Lord allowed a huge fish (or what we think was a whale), to come upon Jonah in the great sea to swallow him up alive. So he was in the belly of the fish for three days and three nights! Some ambassador Jonah turned out to be, right? This trouble came upon him all because he did not obey God in the first place.

As the story turns out, Jonah saw that he had sinned greatly against the Lord by his disobedience to Him, asking forgiveness and repenting of what he had done. Then immediately the huge fish vomited up Jonah and he landed on the dry land.

God then gave Jonah another opportunity to become His ambassador to go and preach to those people in Nineveh and warn them of the wrath and punishment of God if they didn't stop their sinning and repent. After Jonah preached to them the word of the Lord, the whole nation of Nineveh repented so God did not bring the wrath upon them that He was going to do before because Jonah obeyed the Lord in going to them. (Jonah Chapters 1-3)

Can you see how important obedience is to God when He sends you out as an ambassador for Him? He wants and expects you and I to do things the right way--His way! Yes, we want to follow Him in everything, but we must humble ourselves, being willing to be led and guided by the Holy Spirit to do, say, and go where and whenever He says to do so.

The following are a few passages of scripture which reiterate the importance of obedience as we become true ambassadors for Him:

In conclusion, being an ambassador is an important role we all must play and become engaged in as believers and followers of Christ.

When you honor the Lord in this way, He will pave the way and provide the tools in which to spread the Good News to others as you follow and serve Him.

I pray that you will take this honorable role very seriously throughout your walk and journey in Christ. Allow Him to guide you wherever He may lead as His true and faithful ambassador, and in doing so with a humble and prayerful heart, may you hear those coveted words from our Lord at the end of your life when He says, "Well done, my good and faithful servant. Enter into the joy of your Master."

Abiding In The Love Of Christ

Overcome The Evil One Through Biblical Principles And Applications

Preaching And Teaching The Gospel

Salvation: The Foundation Of The Gospel Message

Social Unrest And Injustices Of Our Day: How Should We Act Or React?

Time Is Of The Essence!