Overcome the evil one through biblical principles and applications 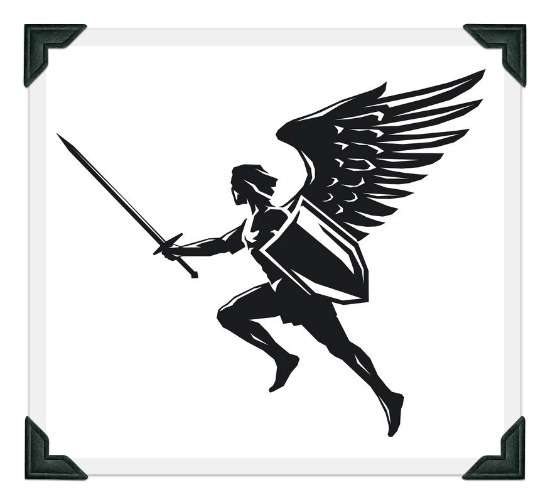 Overcome the evil one through biblical principles and applications as you forge onward in your spiritual battle with Satan!

Yes! Never doubt it. We are in spiritual warfare with Satan all the time. As believers and followers of Christ, we have continual opposition from evil forces on every side which loom over us, and around us, following us everywhere we go, and affecting everything we do in this life.

It has been well established through the word of the living God that the evil one is out there, willing and ready to hamper, deter, and stomp on the Christian believer just to discourage and destroy his trust and faith in Christ.

Here's what scripture says regarding the evil one and how he tries to overcome the believer with his demonic power and destructive strategies as he attempts to create chaos for the believer, making him/her feel hopeless and helpless to fight against him:

God's Word is such a powerful tool in overcoming the devil and many times we as believers don't even think to use it against the devil when he comes upon us. It's such a shame because that is what our Lord has provided for us to rely upon and to live by in our Christian walk with Him!

In reading, studying, and meditating upon scripture, we learn about how Satan works to deter and discourage the Christian believer, but more importantly; we learn how to apply God's Word in our lives which will bring down the righteous forces from heaven in attacking and going against the devil as he tries to destroy us with his destructive and evil ways.

You and I must realize and understand that God knows when Satan is on the attack in our lives and He is watching and certainly in control of the situation more than we are.

There are times when you may think that God is not looking or listening to you, or even remotely concerned about what you're going through at the moment, but trust me, although He may seem quiet, He is on the alert and knows the exact moment when He must act and/or respond to your plight. Rest assured, He always has your needs and wants in mind, according to His purpose for your life.

Folks, it's a war out there and we need to know how to overcome Satan whenever he strikes in our lives! So consider these following passages of scripture which may help you understand these biblical truths in how you too can overcome Satan through the study and application of God's Word:

Use spiritual warfare to overcome satan 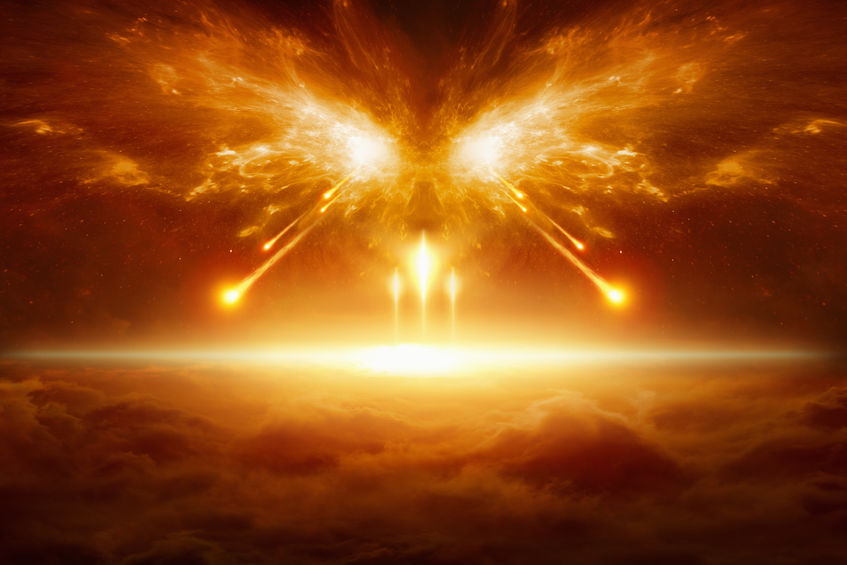 As believers and followers of Christ, most of us know that we are able to use and apply spiritual warfare against Satan and from all his evil tactics and clever strategies. However, many times we are just not sure of how to go about it, and find ourselves afraid to use it.

In the process of learning how to overcome Satan and all his demons, we must know first about what he is like and what his agenda is since he is indeed the enemy of God and the enemy of our souls. First, we know that God created Lucifer (Satan, the devil). Genesis 1:31 says, "And God saw everything that He had made, and, behold, it was very good. And the evening and the morning were the sixth day."

As you can see, when God created Lucifer, He made him to be good, not the evil that eventually came from him. However, Lucifer's (Satan's) heart became puffed up as he developed pride against God, wanting to be larger and more important than Him, instead of staying in the already-grand and important position in which God had him remain in the first place. This was his strategy to overcome God and rise above Him, but it didn't work because it was not His plan!

As it turned out, Lucifer incited a great rebellion in which God cast him out and sent him packing, throwing him down to the earth, along with a third of God's angels. Here's what we read in this account taken from Ezekiel 28:11-19. Here it talks about Lucifer and of the judgement he received from God as He cast him out of heaven: "Moreover, the word of the Lord came unto me saying, 'Son of man, take up a lamentation upon the King of Tyrus, and say unto him, 'Thus saith the Lord God; Thou sealest up the sum, full of wisdom, and perfect in beauty. Thou hast been in Eden, the garden of God; every precious stone was thy covering. the sardius, topaz, and the diamond, the beryl, the onyx, and the carbuncle, and gold: the workmanship of thy tablets and of thy pipes was prepared in thee in the day that thou wast created. Thou art the anointed cherub that covereth; and I have set thee so: thou wast upon the holy mountain of God: thou hast walked up and down in the midst of the stones of fire. Thou wast perfect in thy ways from the day that thou wast created, till iniquity was found in thee. By the multitude of thy merchandise they have filled the midst of thee with violence, and thou hast sinned: therefore, I will cast thee as profane out of the mountain of God, and I will destroy thee, O covering cherub, from the midst of the stones of fire. Thine heart was lifted up because of thy beauty: Thou hast corrupted thy wisdom by reason of thy brightness: I will cast thee to the ground: I will lay thee before kings, that they may behold thee. Thou hast defiled thy sanctuaries by the multitude of thine iniquities, by the iniquity of thy traffick; therefore will I bring forth a fire from the midst of thee; it shall devour thee, and I will bring thee to ashes upon the earth in the sight of all that behold thee. All they that know thee among the people shall be astonished at thee: thou shalt be a terror, and never shalt thou be any more.'"

How are we to apply spiritual warfare against Satan and all his attacks, as it is mandated in God's Word? We do indeed have that power only through Christ, but we must be careful in how we initiate that kind of power against Satan.

He knows you are trying to overcome him and will attempt to trip you up as you work this power against him. He's a fraudulent and sneaky devil with an evil intent. His specialty in dealing with the child of God is to try to create doubt in you about God's Word, and to apply pressure with all kinds of criticism, depression, oppression, and other type of clever darts toward you and towards your loved ones. 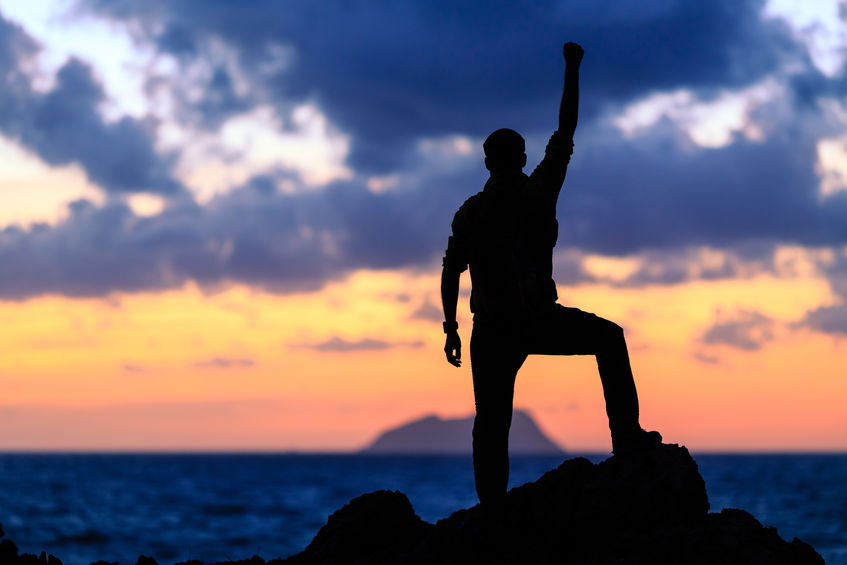 So, here are some strategies and ways to overcome the devil as you use spiritual warfare against him:

1. Realize where the sin is coming from. When you are in a battle or war and you know where your opposition is coming from, then you have a much better chance of overcoming that battle/war. The following are a few passages of scripture which gives you further insight to this:

2. Understand that other people are not the problem. Yes, you want to overcome Satan and his evil tactics, and indeed there are people out there in the world who sin against us, who attack us, who harm us, and who create evil schemes against us; however, remember that it is ultimately the workings of Satan and all his demonic kingdom who are responsible for the evil in the world. He uses people in our lives (and those outside of our lives) to trick, hurt, defame, and even who try to kill us!

Consider how the following scripture passages explain this as you seek to overcome the evil that surrounds you:

3.  The tools of spiritual warfare have already been given to the believer. Look throughout the pages of God's Word and you will find that God has given you His power to overcome Satan in your life. However, remember you cannot go about this from your own strength, but from that of the Lord. Do not attempt to overcome Satan all by yourself. You need God and His army to help you! The following passages of scripture shows you how:

In conclusion, you can see that God has given His instructions here in His word on how we can overcome our enemy, Satan and all his demonic forces. With God's help, all things are possible. We must overcome the devil in order to win the battle, because in the end we are told in His word that Jesus is the victor and it is He who will win the final war over all!!

I will leave you with these final words of encouragement, taken from Romans 8:36-39, which says, "As it is written, 'For Thy sake we are killed all the day long; we are accounted as sheep for the slaughter'. Nay, in all these things we are more than conquerors though Him that loved us. For I am persuaded, that neither death, nor life, nor angels, nor principalities, nor powers, nor things present, nor things to come; nor height, nor depth, nor any other creature, shall be able to separate us from the love of God, which is in Christ Jesus, our Lord."

Find your strength in Christ alone! It is only through Jesus that you can overcome Satan and this world's system as you live from day to day. Remember dear Christian, this is not your forever home; you are just passing through. Live for Christ and you will remain victorious in Him until He calls you home.

Ambassador For Christ: What Does It Mean For You?

Oppression Believers Get From Satan In Times Of Crisis

Persecution Of The Christian: On The Rise And Closer Than You Think!

Time Is Of The Essence!