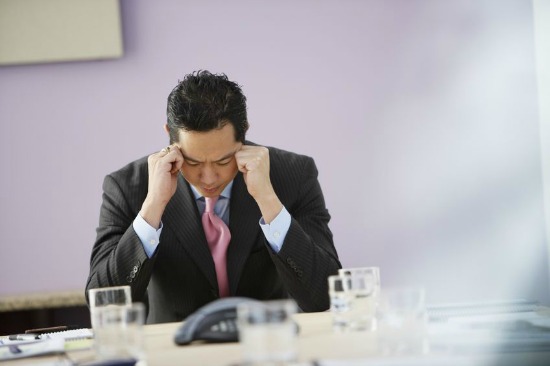 Sin barriers are the causes of all spiritual conflict within the life of the Christian; some are harder to overcome than others, but must be dealt with correctly in order to live victoriously in Christ Jesus.

What's a person to do when much of life seems to create hardships and problems in his/her family, social life, the work place, economic life, financial life? He/she must look all around and at various angles to figure out what's going on that is creating this chaos.

Could it possibly be sin barriers that are causing you to remain weak and unsuccessful in your Christian life and walk with God?

Unrighteousness and lawlessness pervade much of our society and has done so for thousands of years, even before the birth of Christ. Everywhere you go and turn, it is there and will continue to remain until the return of our dear Lord.

The only "fix" to this problem, if that were really so, is to love God; keep His commandments; and live a life that is pleasing to Him! When the Lord sees that you are serious about kicking sin to the curb, and not allowing it to take control of your life, He will step in to help you do just that! 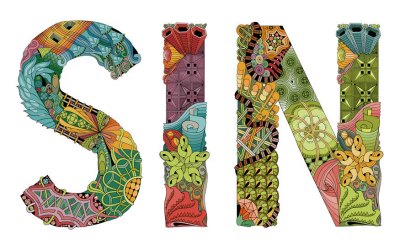 You may ask what would cause sin barriers to occur, and what are they exactly? In all actuality, sin in and of itself is a barrier and a hindrance to others, to God working effectively and victoriously in your life, and to yourself as well because it tears down your Christian testimony and causes damage to your spiritual relationship with Christ.

You can just name the sin you are committing (or thinking about committing) and I will remind you that it is an affront to Almighty God. He clearly lets us know in His Word how He hates sin and will not tolerate it.

If you are confused about the various sins and offences that are out there in the world and are not sure just how sin barriers may create damage, havoc, and a toxic environment and relationships in your life, let me remind you of those sins that are named in scripture which cause these barriers to occur:

satan is responsible for many sin barriers 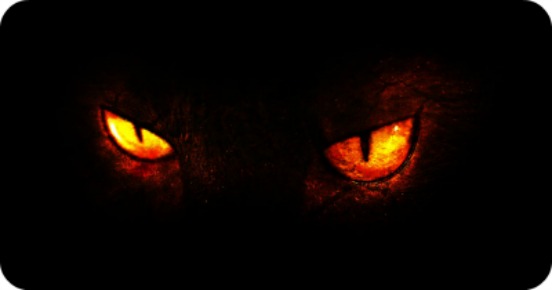 Satan (also named Lucifer) has been around since the beginning of time, when God created the angels. He was one of God's top angels up in heaven-that is-until he got too puffed up within himself and prideful in heart. He wanted to steal the show, wanting all the worship to go to him. So he then decided he would rebel against God.

He also seduced a portion (a third of God's angels) to rally along with him; however, God was NOT to be challenged and Satan, along with his angels, were thrown down to the earth and out of heaven! Here is the account of Satan's fall, giving us an opening into understanding how he is the responsible one for the countless sin barriers which pervade all of society and this world, which continues to exist today until the return of our Lord:

He remains to be a liar, a deceiver, and an accuser of the brethren, as you will find in Revelation 12:10, which says, "Then I heard a loud voice saying in heaven, 'Now salvation, and strength, and the kingdom of our God, and the power of His Christ have come for the accuser of our brethren, who accused them before our God, day and night, has been cast down.'"

Yes, Satan and his angels fell from heaven to the earth, where we as human souls reside, and we have this horrible influence on this earth with an evil being such as he. However, it's not that we just live with and around this evil from Satan and his angels, we are also being ruled by his presence and power. It says so in scripture from these passages:

sin barriers that hinder the christian 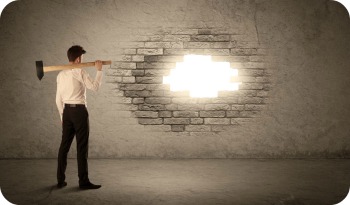 Having these sin barriers can cause major problems in our lives and affect our Christian walk with those around us. Ask yourself if you might have one or more of these hindrances that could indeed cause others to sin or to stumble.

Sometimes we don't even realize we have done a wrong somewhere towards someone until later down the road when that person brings it up to us. This has happened to me before too where I said something that was hurtful to a person, but didn't realize it at the time, and then later on come to find out that what I said caused some kind of injury to that person's life. So, in this, you and I must be careful not to be dissuaded by such sin barriers.

God's word talks about how our sinful ways and behaviors can affect and hinder another person who is weak in his/her spiritual life and faith.

Here's what it says in Romans 14:1-23, "Him that is weak in the faith, receive ye, but not to doubtful disputations. For one believeth that he may eat all things: another, who is weak, eateth herbs. Let not him that eateth despise him that eateth not; and let not him which eateth not judge him that eateth: for God hath received him. Who art thou that judgest another man's servant? To his own master he standeth or falleth. Yea, he should be holden up: for God is able to make him stand. One man esteemeth another above another: another esteemeth everyday alike. Let every man be fully persuaded in his own mind. He that regardeth the day, regardeth it unto the Lord; and he that regardeth not the day, to the Lord he doth not regard it. He that eateth, eateth to the Lord, for he giveth God thanks; and he that eateth not, to the Lord he eateth not, and giveth God thanks. For none of us liveth to himself, and no man dieth to himself. For whether we live, we live unto the Lord; and whether we die, we die unto the Lord: whether we live therefore, or die, we are the Lord's. For to this end Christ both died, and rose, and revived, that He may be Lord both of the dead and living. But why dost thou judge thy brother? Or why dost thou set at naught thy brother? For we shall all stand before the judgement seat of Christ. For it is written, 'As I live', saith the Lord, 'every knee shall bow to Me, and every tongue shall confess to God. Let us therefore not judge one another anymore: but judge this rather, that no man put a stumblingblock or an occasion to fall in his brother's way. I know, and am persuaded by the Lord Jesus, that there is nothing unclean of itself; but to him that esteemeth anything to be unclean, to him it is unclean. But if thy brother be grieved with thy meat, now walkest thou not charitably. Destroy not him with thy meat, for whom Christ died. Let not then your good be evil spoken of: For the kingdom of God is not meat and drink; but righteousness, and peace, and joy in the Holy Ghost. For he that in these things serveth Christ is acceptable to God, and approved of men. Let us therefore follow after the things which make for peace, and things wherewith one may edify another. For meat destroy not the work of God. All things indeed are pure; but it is evil for that man who eateth with offence. It is good neither to eat flesh, nor to drink wine, nor anything whereby thy brother stumbleth, or is offended, or is made weak."

In conclusion, hopefully it is crystal clear to you what sin barriers are and how they can affect your spiritual life and testimony in a very negative way. It is up to the Holy Spirit to convict you of sin, but then it is your responsibility to settle it with God by confessing and repenting of your sin, so that these many sin barriers do not destroy your life and home.

Yes, even as believers and followers of Christ, there are times when we will sin and offend and grieve our dear Lord, but He alone can forgive and save us from those sins and will cleanse us from all unrighteousness! Aren't you glad for such a Savior as He?

Continue to honor the Lord by serving Him, obeying, trusting, and leaning on Him, and learn how to stop sin in its tracks through Christ's redemptive blood, and through His saving power!!!

May the Lord Bless and Keep you always in His care!

Abstinence From All Worldly Lusts: Is It Possible To Achieve?

Chaos Within The Home And Family Unit

Consumerism Can Hurt Your Pocketbook

Forgiveness Begins With You

Materialism Causes Havoc On Your Finances